Would you believe me if I told you that a delicious ancient dessert was born from monks’ underwear and wine making?!

For dessert nearly all of us chose the Pasteis de Nata. Small, scrumptious egg custard tarts in a flaky pastry. So scrumptious that the Guardian put them 15th in their list of 50 best things to eat in the world!

Pasteis de Nata are made to an ancient Portuguese recipe. Originally this was devised by monks of the Jeronimos Monastery in Lisbon- now a World Heritage Site.

It is said that the recipe was invented when the monks were finding uses for the leftover egg yolks after using the egg whites to starch their clothes (including undergarments) and from making wine. Eggs are traditionally used for ‘fining’ wine- egg whites are very good at removing tannin from wine, and making it nice and clear after it goes cloudy following fermentation. 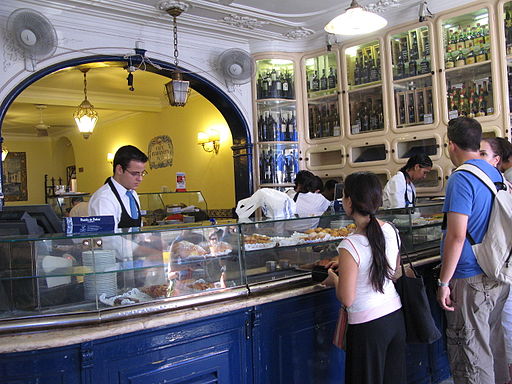 Following Portugal’s Liberal Revolution in 1820, many religious houses were closed down. The recipe for Pasteis de Nata was sold to a local bakery in Santa Maria de Belem.

The bakery continues the tradition and the exact same ancient monastic recipe to this day.

Portugal, as a sea-faring nation, colonised  many areas across the world. For example, Macau in China was ‘rented’ to Portugal by the Chinese empire in 1557 so they could trade from the port. This arrangement continued until 1887 when Macau officially became a colony of the Portuguese Empire. Although Macau was transferred back to China in 1999 (so recently!), this is why if you travel to Macau you are very likely to come across Pasteis de Nata too! 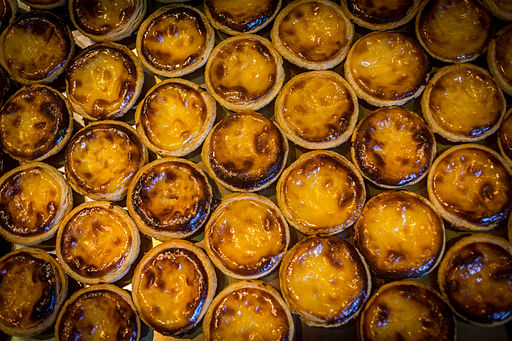