Did you know that there is a Welsh Valentine’s Day?

Saint Dwynwen’s Day is celebrated on 25th January and is dedicated to the Welsh patron saint of lovers.

But, her story is not really a happy ever after…

Dwynwen, who lived in the 5th Century, fell in love with a prince. The problem was- she was already betrothed to another.

Brokenhearted, she wished that she could forget all about her love, the prince. An angel visited her in her sleep and gave her a potion for her to forget him and turned him into a block of ice!

However, she was given three wishes.

She wished for her love to be thawed, for all true lovers to have their hopes and dreams come true and, finally, that she should never be married.

When all three wishes were granted, she chose to show her thanks by dedicating her life to God, and she founded a convent on the Island of Llanddwyn (Llan = parish + Ddwyn = Dwynwen).

Llanddwyn Island is a beautiful, tranquil tidal island off the coast of the Isle of Anglesey, north Wales, near Newborough. Most of the day, outside of high tide, you can walk along the beach and to the island. 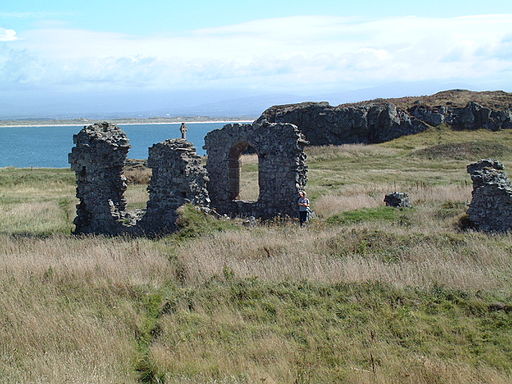 Now it is home to a wealth of wildlife, gorgeous scenery, Dwynwen’s church (now in ruin), two stone celtic crosses looking out over the sea, an old ‘lighthouse’ beacon, a newer 19th Century lighthouse (modelled on the Anglesey windmills) and complete and utter peace.

Also on the island is a well, dedicated to Dwynwen, that has been a site of pilgrimage since she died in 465AD. Legend has it that fish and eels in the well could predict a faithful husband! If a woman laid her handkerchief over the water, sprinkled breadcrumbs on top and the eels were disturbed, then it was a sign that her lover was faithful to her. 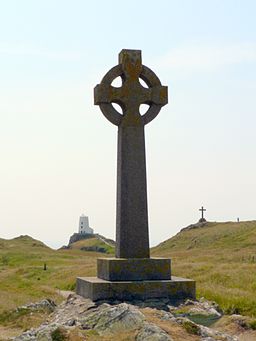 I can’t promise that there are any eels still in residence in Dwynwen’s well, so please, please don’t get too upset if your handkerchief doesn’t start to move!

Happy Saint Dwynwen’s Day to you all, Dydd Santes Dwynwen Hapus i chi gyd. Hope you have a wonderful Welsh Valentines Day.

And, in the nicest possible way, I wish you energetic eels for evermore. 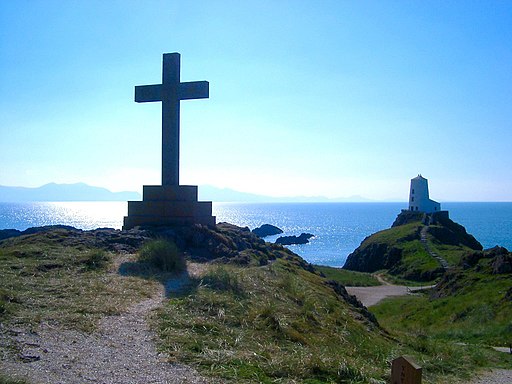