A Social History of Yoghurt

I don’t know about you, but when we were offered ‘afters’, following our tea (supper, dinner, evening meal- whatever you call it in your neck of the woods), this usually meant a yoghurt. Unless it was autumn and the kitchen was spilling over with apples following a good crop and we therefore had apples with everything. Including yoghurt.

In our house, we may have had the choice of flavour (nothing fancy of course, strawberry was pretty ‘out there’) and usually either a Longley Farm or a Ski. On very special occasions we were presented with a french-set one or the ones that had monster faces and feet on their pots- they was a real treat, remember them?!

The reason I am banging on about yoghurts today is because the conversation came up last night at my Slimming World group. Most people love a yoghurt and it is generally thought of as a really healthy thing to be eating. Full of protein, calcium, good for your bones and teeth etc. But many yoghurts now are full of cream and/or sugar (even some of the fat free ones are full of sugar!) and a long way from the natural, lovely bacteria-filled foodstuff that our grandparents and parents ate half a century ago, and even further from the original yoghurt actually dating back thousands of years…

Apparently, the word ‘yoghurt’ (or yogurt, yoghourt), originally comes from Turkish and comes from their verb meaning ‘to curdle’. 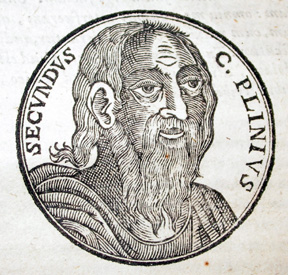 Pliny the Elder, a Roman author, philosopher, naval commander (and hero- he died trying to save a ship when Mount Vesuvius erupted, destroying Pompeii) wrote about yogurt and it is believed that this is the earliest written reference to yogurt, in the 1st Century AD. He said that certain tribes knew how to thicken milk into ‘a substance of agreeable acidity’- so we can deduce that yoghurt was certainly around then, but doesn’t sound very ‘agreeable’ to me…

It is thought that yoghurt may first have come about due to the hotter climates over in the Med, when farming was first coming into being- so we’re talking quite a few thousand years ago now in the Neolithic Period. As hunter-gatherer lifestyles began to shift towards an agricultural way of life, the action of storing the milk from their animals, in bags made from stomach linings, fermented and curdled the milk and produced an early form of yoghurt. I imagine it may have been a bit like cottage cheese- it would have lasted a lot longer than fresh milk and therefore much more useful as it could then be preserved, stored and transported.

History tells us that when King  Francis I of France was seemingly incurable from an intestine illness, around 500 years ago, he was fed yoghurt by a Turkish doctor and was cured. This may have been when the health benefits of yoghurt really began to spread.

Despite its ability to cure a King, yoghurt didn’t really gain mass popularity in Britain until around half way through the 20th Century.

In the early 1900’s, scientists were looking into the biology and chemistry behind yoghurt- how it was made and what it was made up of. This was the point where the good bacteria in yoghurt was discovered. A bacteriologist from Russia, Ilya Mechnikov, who was awarded a Nobel Prize in 1908, noted a long life span of Bulgarian peasants whose diet was made up of a high amount of dairy produce and who favoured yoghurt.

Mechnikov’s research found that the bacteria in yoghurt was fantastic for killing germs in the body, whilst protecting and creating resilience of human health.

Not long after, yoghurt businesses were being established in the Western world and in the 1930’s yoghurt with added jam had been patented in Prague, yoghurt with added fruit and sugar began to appear- in cardboard pots in the 50’s and blended in the 60’s and the mass market began.

So what’s changed between then and now? This is what we were talking about last night. My Slimming World consultant Debbie said that she remembers her Grandad eating yoghurt out of a big bowl. Eating it was seen as quite different and very healthy indeed. That mindset of eating yoghurt every day being a very healthy thing is still with us today, a few decades later.

But are all yoghurts really that healthy? We are very lucky- we have our pick. From huge pots of natural greek to tiny bottles of pro-biotic and from frozen yoghurt to those with little chocolate balls in a separate compartment on the side. These are all still really great for the protein and calcium content, I’m sure, but after a few decades (not forgetting millenia) being developed, what else has snuck into our favourite fridge staple? Cream, sugar, flavourings, e-numbers, honestly- some even have preservatives and thickeners in them; can we still call these yoghurts if they need the very things that defines it a yoghurt added in?

The history of yoghurt is actually quite a fascinating one but its healthy legacy, in many cases, may have outlasted its commercial evolution.  There are some really fantastic yoghurts on our shelves- please don’t walk away from this yummy treat, all I recommend is to check the label before you dive in and eat ten in a row to get your daily calcium fix. I’m all for a bit of cream and sugar now and again, but only in moderation and if I am aware that I am having it (so I can enjoy it!).

And seriously, if I ever see those Fiendish Feet yoghurts back on the shelves, I will be first in line at the checkout, spoon in hand. Make way! 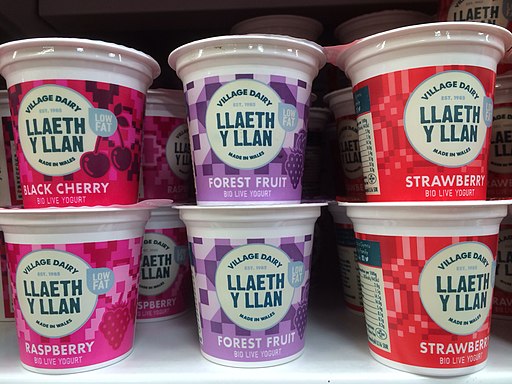 A new era for British Heritage The Fruit with Wings