A True Game of Thrones

I don’t know about you, but I am incredibly excited about the return of Game of Thrones tonight. Although, I should admit, I was a late starter.

Hubby watched it and raved about it. He kept telling me I’d love it, especially with all of the historical references and themes, but from the tiny extracts I had seen, it was just full of a lot of swearing, fighting and naked ladies…

But then I was proved wrong. I watched a couple, and they were good. I watched a few more and, although I could have switched off, I didn’t… Four series later, I can officially announce that I am in. Good and proper.

However, Game of Thrones really is just a game and history is far more twisted, turbulent and terrible than the fictional tale.

Here are a few examples of how history is a true game of thrones, and usually even more gory…

King James II, as a child (what’s with the knife?!)

Even if you haven’t read the book or seen the episode yet, you may have heard of the infamous ‘Red Wedding’ from Game of Thrones. A shocking, bloody scene which has parallels with an event in Scottish history known as the Black Dinner.

James I, King of Scots, was the grandson of a King who had married twice and had fathered a lot of children, some of whom, including James’ father, were rumoured to be illegitimate. This led to questioning James I’s legitimacy as King by feuding families when his time on the throne came. This eventually led to open rebellion and James fleeing for his life, hiding in the sewers under Stirling Castle, until he was caught and stabbed to death.

King James II then became King, but still only a boy at just ten years of age. This led to further rivalry over control between powerful houses. In 1540 the Lord Chancellor invited the young 16 year old Earl of Douglas- the most powerful rival house, and his younger brother to dine with them- a lavish feast where they broke bread together, a symbol of truce.

However, as the meal continued and the brothers relaxed into the evening, in the middle of the meal a black bull’s head was paraded out into the hall. The platter was presented to the pair- a sign of death.

The two brothers were dragged out of the castle, tried and tested in a mock trial in front of the people and executed then  and there. Gruesome.

George Plantagenet was the 1st Duke of Clarence, 1st Earl of Salisbury, 1st Earl of Warwick and brother to Edward IV and Richard III. George was, of course, a member of the York family but during the Wars of the Roses he switched his allegiance to the Lancastrians before reverting back to the Yorkist side.

This led George to be convicted of treason against his brother, but rumours say that his death was no act of ‘brotherly love’.

Georgie was no saint though- his wife died soon after giving birth to their son, but George was convinced that one of her ladies in waiting had poisoned her, so he arrested her, convinced a jury to convict her as a murderer and she was hanged the same day.

After he had betrayed his brother, George was convicted of treason and sent to the Tower of London for confinement and was ‘privately executed’. Soon after his death, rumours began that he was drowned to death in a butt of Malmsey wine. Quite a way to go, considering he was also rumoured to be a drunk with a penchant for that particular tipple…

The Massacre of Glencoe

Back to Scotland, this time in the seventeenth century. William, Prince of Orange took the English throne to become William III (of William and Mary), but this ousted James II- also known as King James VII of Scotland. This led to the Jacobite Uprisings- an army of Highlanders in rebellion to return James to the throne, but who were heavily defeated in battle.

William offered all Highlanders a pardon for the uprisings if they pledged allegiance to him by a certain date- taking an oath in front of a magistrate. By the time James had made his decision to authorise the Chiefs to do so from exile in France, the addition of the wintry weather meant that only a few made it in time and others, including Alastair Maclain, 12th Chief of Glencoe, were too late.

The rival Campbell Clan saw this an an opportunity to get revenge on the Jacobites. Senior members of the Campbells and accomplices convinced King William to sign an order to rid the highlands of the MacDonald clan, disguised as an order to catch thieves in their area. And this was when the real wickedness began…

The Highland tradition was to receive guests and give them hospitality and this is what the MacDonalds did to a visiting regiment. They spent the evening playing cards and making plans to dine the following day, but by the next morning Maclain of Glencoe didn’t even make it out of his bed and was brutally murdered as he woke that morning. 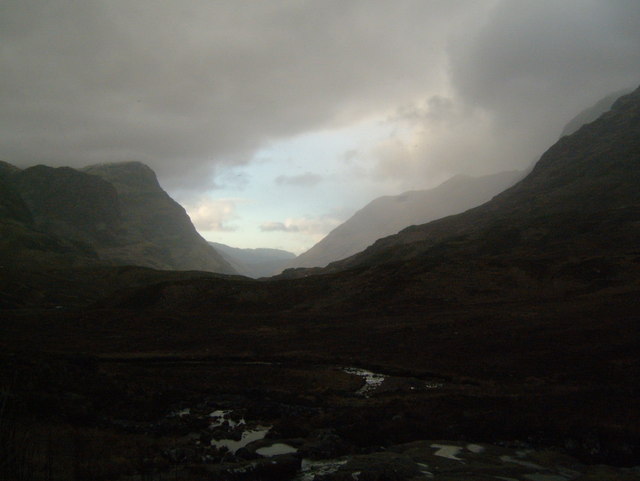 The Pass of Glencoe

The brutal massacre in the glen led to 38 men from the MacDonald clan of Glencoe murdered in their homes and on their land as they tried to escape. Houses and buildings were burned and raised to the ground and a further forty women and children died of exposure following the merciless acts.

King Edward II’s death may be the most famous demise of a king, but the circumstances of which were designed never to have been proved true as it left no visible mark.

Warning: This one is not for the faint hearted. 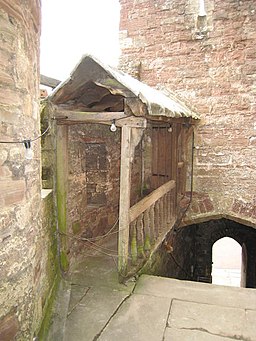 The cell at Berkeley Castle, where Edward II was murdered by a red hot poker up his you know what…

And he certainly had a rough time of it leading up to his death too. Edward married Isabella, the daughter of the powerful King of France in an attempt to ease tensions between the two counties. After being defeated by Robert the Bruce following trouble in Scotland, Edward signed a truce with them whilst Isabella travelled to France to negotiate peace. But she refused to return to England. She allied herself with exile Sir Roger Mortimer and raised an army.

Edward was captured by this army led by his very own wife, Queen Isabella. He was imprisoned and forced to abdicate to his young (underage) son Edward III.

Chroniclers reported that he was treated appallingly when imprisoned, starved of food, thrown into a dark pit of rotting bodies and finally, the act that led to his death. Rumours state that he was pinned to a table, a horn pushed into his anus and a red hot poker inserted inside which burned him to death from the inside out.

So when it comes to rival houses, gruesome bloodshed and murderous feasts, some north of the Wall and others in the great Tower, history really is a true Game of Thrones…

Alice Adventures Queen of the Desert