The Watchtower of Denbigh Moors

The ghostly ruins of an old house, the watchtower of Denbigh Moors, rise out of the ground as you travel over the moorland between Denbigh and Bala. It was once a lavish mansion, built around its humble beginnings as a simple wooden chalet (albeit shipped in from Norway!). A Prime Minister once addressed a large crowd from its balcony. It was said to have the finest views in Britain. Now, it is no more than a pile of stones.

But Mynydd Hiraethog, Denbigh Moors, still boast the Highest Inn in Wales and are home to one of the rarest birds in the UK. Read on to learn more about the mysteries of the moors… 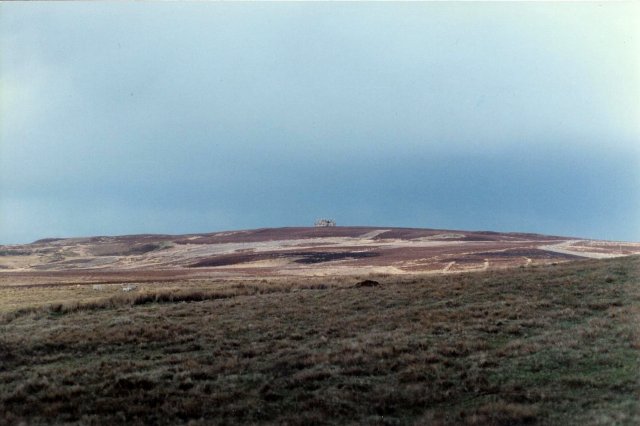 On New Year’s Day my sister, husband and I decided to take a (bracing) walk at Llyn Brenig, and stopped for a hot chocolate (with a cheeky Bailey’s) at The Sportsman’s Arms. The Inn has been closed for a few years, but has recently been reopened, serving Polish/Welsh food. I was delighted, as I have always wanted to visit the Highest Inn in Wales, and I have finally been inside.

After the A5 was constructed by Thomas Telford in the 19th Century, to link London to Holyhead and on to Ireland, a turnpike road was built across Denbigh Moors, Hiraethog, to link up with Telford’s new road. The Bryntrillyn (Hill of Three Lakes) Alehouse was built to provide refreshment to travellers and was licensed in 1829, later renamed the Sportsman’s Arms.

The new road also opened up the moors for accessible grouse shooting. The owner of the alehouse also helpfully owned the shooting rights, and so the Inn provided accommodation for the shooting parties.

The millionaire and MP for Plymouth Hudson Kearley, the 1st Viscount Devonport, bought the land in the early 20th Century as a summer retreat, so his family could enjoy the Welsh mountains. This also meant he could indulge in his favourite pastime of shooting and entertain important guests!

After visiting a trade fair in Oslo, he was won over by a Norweigian-type wooden chalet and ordered for one to be brought over and erected in Hiraethog as his new house. He called it ‘Plas Pren’ (mansion of wood). It is said to have been screwed into the rock! Perhaps this is where IKEA got their idea for flat pack from! 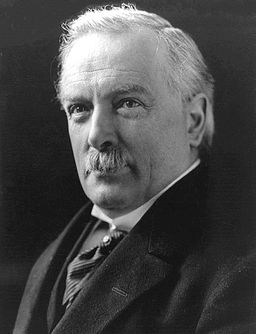 But, inevitably, after a short while it proved to be not entirely weatherproof and it was soon incorporated into a stone lodge and renamed ‘Gwylfa Hiraethog’ (Watchtower of Hiraethog). Lloyd George, the only Welshman to hold the office of Prime Minister, and whom Kearley was once secretary to during their time working to the Board of Trade, once addressed a large audience from its balcony.

When Gwylfa Hiraethog (the Watchtower of Denbigh Moors) was first built, it was a luxurious shooting lodge and at 1627 feet, 496m, above sea level is said to have been the highest inhabited dwelling in Wales, and with the finest view! Legend has it that Kearley could communicate by telegram to his business partner’s house in Ulster when they had a clear view!

It was also later described as being one of the finest sporting properties in north Wales. Records state that in a good year up to 1400 grouse were shot, alongside duck, snipe and other wild fowl.

The family were keen to keep a part of welsh heritage during their time in Hiraethog. Lord Davenport was actively involved in the ‘swper bugeiliaid’ (shepherd’s supper) at the Sportsman’s Arms, where a wide variety of Welsh folk songs were heartily performed. He also helped to finance a memorial in nearby Llansannan, which takes the form of a weeping girl, to the literary men of the surrounding area. 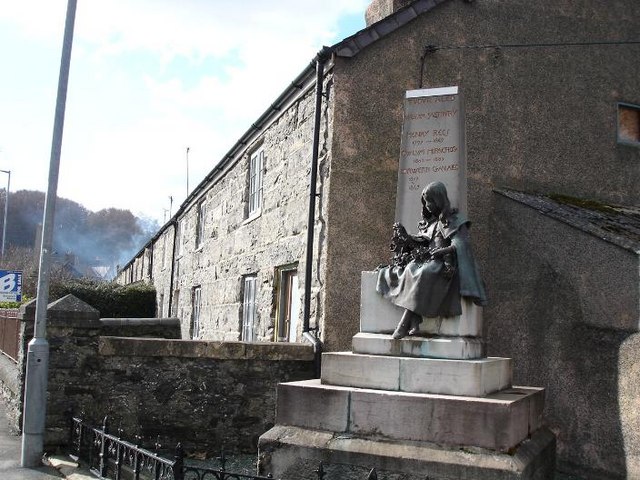 By mid-1920’s, due to the house being used only in the summer months, staffing the house for this short period was proving problematic. In addition, the development of the motor car meant that people could travel to the moors within an hour or two from the north-west and no longer needed overnight accommodation for shooting parties. And so the estate was put up for sale.

The sales catalogue describes the lodge as

The land was described as being

well drained, with the heather in excellent condition, having whinberries to provide attractive feeding, and mainly free from sheep

The estate was sold in 1925, and until the 1950’s the house was used as the Gamekeeper’s accommodation, becoming increasingly derelict from the 1960’s, and little more than a ruin today.

Each year as I pass by the ruins, they become less and less obvious in the landscape as they deteriorate. Its once glorious and entertaining days for the elite are now long gone and the remains of the house are a sleeping ruin.

But the physical memories of its past as a luxurious sporting venue can still be found in the archaeology today. Lines of shooting butts can still be seen in the heather as small circular banks of earth. Lines and shapes within the moorland are the result of heather management today, mainly for grouse. The black grouse – Grugiar Ddu in welsh (black heather chicken) – is one of the UK’s most elusive birds. They prefer longer heather for nesting, but freshly cut and burnt heather for feeding and ‘lekking’.

The ‘lek’ is where the males dance and fight for the rights of a girlfriend, usually at dawn in springtime. I have been lucky enough to witness this many times in my previous job working for the Heather and Hillforts project. It is the most special thing you will ever see, especially at 4am, in the morning mist.

The black grouse is an Arctic bird- this is about as far south as they come. So perhaps they feel at home here, next to the Norweigan chalet, having their own little dance in the place which once entertained other exclusive visitors. I wonder if they were all still dancing at 4am, 100 years ago, in this very spot!