I was asked something last week which blew. my. mind.

New friends from Wormhout, France- the Twin Town of Llandudno

On Sunday, I gave around 55 visitors from Wormhout, the Twin Town of Llandudno in France, a guided tour around Chester. They have visited Wales many times before, so decided to visit Chester for a half day during their week-long stay this year, for the first time.

We visited the ancient city walls, the cathedral, the Rows and the ampitheatre. When we reached the Roman Gardens- I lost them.

Everyone stopped dead in their tracks as I kept walking.

And then they started taking photographs of a tree!

I had no idea what was going on, but as the group began to slowly make their way onwards to join me I was asked a question I have never been asked before.

I never even knew it was a question that warranted asking. Because I had no idea this existed.

Why don’t we have squirrels in France?

So I had to explain to them that I honestly didn’t know- apart from the fact that Grey Squirrels were not native and Red Squirrels were very rare- but I would try to find out and get back to them.

In Britain, Grey Squirrels are very common. But not from here originally. They were brought over from North America in the 19th Century. 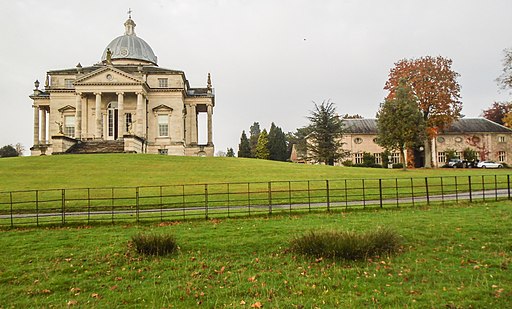 In 1876, Thomas Brockelhurst, a wealthy silk manufacturer, imported a pair of Grey Squirrels from America. He let them out into the grand park of his home of Henbury Hall, near Macclesfeld, Cheshire. Little did he know what would happen next. And the consequences his actions would have on Britain’s native Red Squirrel.

The Red Squirrel has had quite a hard time of it, to be honest. We know it has been in Britain since the last big Ice Age, around 10,000 years ago. In the 15th and 16th Centuries the numbers started to decline as we were chopping down so much wood, for the use of timber- mostly for use in war. By the 18th Century, the Red Squirrel was classed as extinct in Scotland! 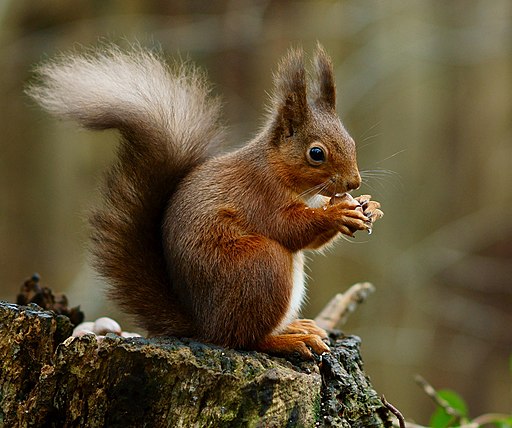 But as tree planting began again in the 19th Century, numbers began to rise again. So much so that our little red friend was considered a pest. Between 1903 and 1933, the Highland Squirrel Club recorded the ‘destruction’ of 82,000 squirrels!

Then war struck again. And wood was needed. So the Red Squirrels’ homes were lost and numbers plummeted.

And then ‘The Greys’ arrived.

After Mr Brocklehurst released the first pair in his Cheshire park, it was seen as a complete novelty. And then it became fashionable. Pairs of the Grey Squirrel were released all over private parks in Britain, and Zoos too! 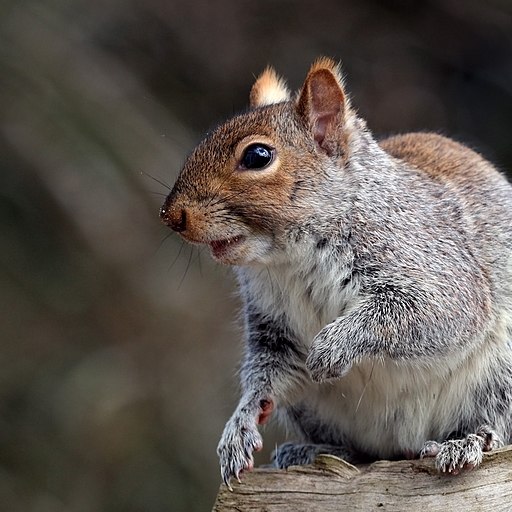 The Red Squirrel had less food. Weight loss affected their ability to breed, and numbers fell so low that they virtually disappeared across Britain. It is thought that there are just 160,000 Red Squirrels in Britain, compared to around 3 million Grey Squirrels.

But what about France?

It’s not just France! There are no imported American Grey Squirrels in France or in Continental Europe, apart from Italy.

In 1948 two pairs of Grey Squirrel were introduced to Italy. Eleven others were brought over to the country over the next 46 years, but by 1996, due to public pressure, some were recaptured. However, the others bred (like rodents!) and now there are estimated to be over 6000 Grey Squirrels in the country. And it is possible that they will eventually spread to the French border.

“Yankee, go home” was the headline of one recent story in the Italian press about the spread of the North American interloper.

So the question from my French companion was, in fact, ‘Why don’t we have Grey Squirrels in France?’.

But please don’t forget your own little ‘Ecureuil roux’. We did for a while, and they are now the novelty to see. How the tables have turned in 150 years!

When I worked for the National Trust, I created a series of ‘Tracker Packs’ for families to use around the grounds. They included Wildlife ID’s, in which I wrote some fun facts about squirrels- almost ten years ago! Here are those facts, with a few added extras: 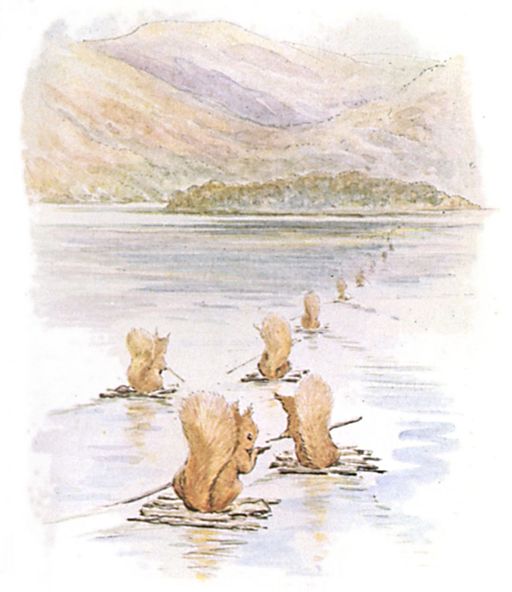 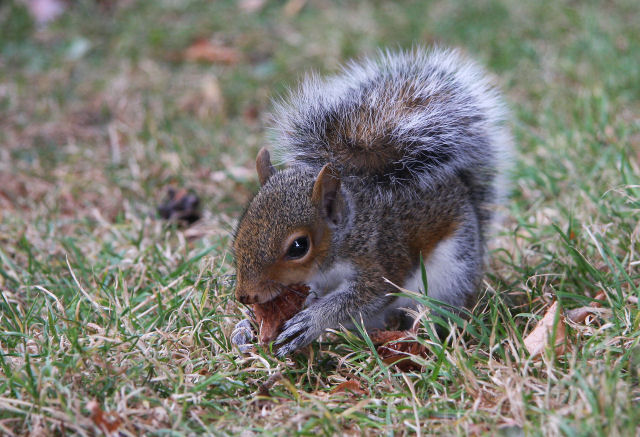