Given in to the latest craze and downloaded Pokemon Go?

Kids glued to their screens trying to catch ’em all?

Pokemon Go encourages users to get up, get out and explore- and most of their Pokestops are located at local landmarks, including places of historical interest.

Why not take advantage and visit some pokestops at free heritage sites in north Wales and catch some culture while you’re at it. They’re great places to run around and get some fresh air and, as well as hiding pokeballs, gyms and possibly even a Pikachu, they have their own fascinating hidden secrets too…

There are a few Pokestops around the castle area, overlooking the tidal Dee Estuary with gorgeous wildlife and views over to the Wirral. You’ll find a few more stops in the town of Flint itself, the centre of which still follow the medieval street pattern of the late 13th Century. 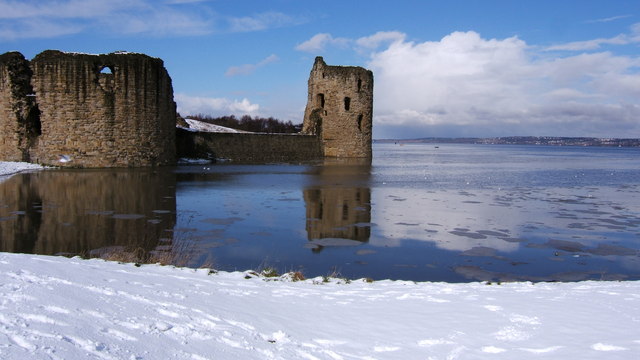 One of north Wales’ best kept secrets, you suddenly just come across this castle in the middle of the woods in Wepre Country Park, like something out of a fairy tale! What creatures lurk here, and can you catch them?

The ruins of Basingwerk Abbey sit at the bottom of Greenfield Valley, part of which is now a heritage site and museum- although the Abbey is free of charge to enter. Legend has it that a monk who used to live in the abbey heard a Nightingale’s song and followed the sound into the woods. He thought he had only been gone a short while but when he returned to the abbey, many years had passed and it had fallen into ruin… So be careful if you are lured into the woods looking for a Pidgey!

The Valley in Holywell is full of industrial archaeology and well worth a visit. But be EXTRA CAREFUL if you’re in pursuit of a pokemon, as there are deep lakes and steep banks left over from its past uses. Make your way up the hill, passing lots of pokestops as you go and come to the shrine and chapel of St Winefride’s Well, still a popular pilgrimage site today. 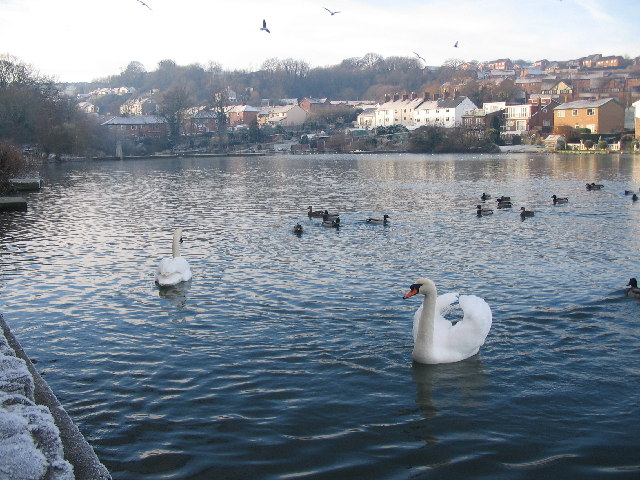 The highest point in north east Wales, after a climb to 554m above sea level you are rewarded with not one but two pokestops- one at the Jubilee Tower (built in 1810 to commemorate the Golden Jubilee of George III) and a second at the old Ordnance Survey Trig Point. More rewards come in the shape of MAGNIFICENT views to the Berwyn Mountains, Snowdonia, Lancashire and even, on a clear day, the Blackpool Tower and the Isle of Man. 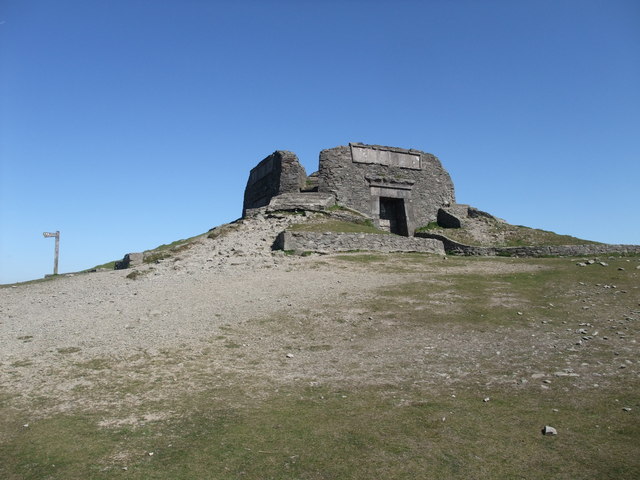 Penycloddiau is one of the largest hillforts in Wales. From the southern entrance to the northernmost point is half a mile- and it is around a mile to walk all the way around the circuit! The large enclosure, built in the Iron Age around 2,500 years ago, is surrounded by massive banks and ditches and evidence for huts have been found inside. Liverpool University are just starting another season of excavation there this year, on the eastern slopes. But head up to the highest point, where an even older, Bronze Age burial mound is located to find your Pokestop. And once you’ve collected your booty just take a few minutes to think about the people who built these mysterious structures all of those thousands of years ago.

The banks and ditches which surround Penycloddiau Hillfort tower above head height!

As well as the dramatic remains of Denbigh Castle (a family ticket is only £10.80- bargain!), Denbigh is host to a wealth of historic sites, including the Medieval town walls, a Friary, an unfinished cathedral and the highest number of listed buildings in a Welsh town! Access to the town walls is free, you just need to pick up the key for a small refundable deposit from the Castle or the Library. There are a few Pokestops around and about, just don’t walk and Pokemon- watch your step as you go!

This castle was built by the Welsh Princes and is said to have been set on fire and destroyed by them too- because that was better than the English getting their hands on it! It was built across two gigantic humps of rock overlooking and with outstanding views of the Conwy Estuary- before Conwy and its (English) medieval castle and town even existed. Not much remains, but that means as well as being a Pokemon trainer searching for Pokemon, you can be a time detective too, searching for the hidden ruins of the castle!

Literally translating to ‘Gelert’s Grave’, the story of this heroic hound is a sad one but is set deep in the hearts of any of us who grew up in Wales. The village of Beddgelert is a cute Snowdonia village, where you can walk to see the grave of Gelert the dog, enjoy the river and mountains, find a Pokestop and get a great ice cream too.

As well as the famous 19th Century suspension bridge (yes, check it out for Pokestops!), the town of Menai Bridge is worth an explore (you may even come across a Pokemon gym or two!). The tiny Church Island lying just west of the town is accessed by a small causeway and this is where St Tysilio established the first church here in the 6th Century (that’s 1,500 years ago!). Follow the Promenade around the outside of the town from here, along the straits and on a sunny day you are transported to the Italian Riviera- gorgeous! The Belgian Promenade, leading from Church Island to the Menai Bridge itself, was built by refugees from Belgium during the first world war as thanks for the residents of Menai Bridge for accommodating them.

The Menai Bridge and Belgian Promenade from Church Island

A true hidden gem- this small but mighty castle can be found near Penmon, on the north eastern tip of the Isle of Anglesey, nestled in a wood, just over half a mile from the shores of the Menai Straits. Well worth a visit, especially after its recent restorations and conservation. Take a stroll down to the beach and you may find a Pokestop there as well…

Castell Aberlleiniog nestled in the woods, a stone’s throw from the shores of the Menai Straits

This list, of course, is not exhaustive! There are so many interesting sites to get out and explore- while you have another great excuse to do so! All of the above can be accessed free of charge and there are hundreds of other fantastic sites across the country which are also really great value for money. Just remember to always be aware of your surroundings when you’re playing PokemonGo- for safety’s sake and for enjoyment’s sake!

There are loads of pokestops at free heritage sites in north Wales- So get up, get out and explore!

Dragon on the Loose! PokemonGo For It!